Roll up! Roll up!

Barnum and Bailey were two of history’s greatest con men, charging people to see ‘Tom Thumb’, ‘The Bearded Woman’, The Cardiff Giant and all manner of human misfits and, people being what they are, many happily lined up to gawk. Human nature hasn’t changed much since B&B’s day; the shock factor and, of course, scandal still attract most of us. So, despite the mildly pathetic participants, we all sat glued to the telly to watch ‘the interview’. There’s still a bit of the nosey neighbour in all of us and when the royal dirty laundry gets hung out, we can’t resist a peek over the fence. But the fanfare ‘tell it all’ chat provided little more than a boring platform for a disgruntled couple to bemoan their lot to millions whilst reaping a fortune to publicly plead for privacy which to my curmudgeonly mind, smacks of a cure seeking an infection. The interviewer added to the agony by hovering between mother hen and a scripted need for a bit of blood on the floor. 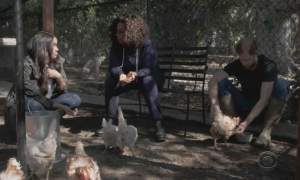 Meghan, Harry and Oprah with the rescue chickens

After the warm fuzzy bits were dispensed with, the playground princess acted out a multi-role performance ranging from palace prisoner, emotional abuse victim to mother protector. It was Oscar winning stuff, softly voiced with a tinge of reluctance as if the hurtful revelations needed to be forcibly extracted like teeth. To keep the pot boiling and, in my humble opinion, to avoid a direct Q&A situation, she erected two of the biggest barriers to free flowing conversation: mental health and racial discrimination, issues nobody really wants to debate with a self-proclaimed vulnerable woman, so we ended up with a ‘poor little me’ saga rather than a statement of facts. The prince added as much to the solemnity of the show as a pantomime horse, bumbling around trying to wear all three graces at once before joining the garment rending.

It’s tough at the top

If anything, the show was a stark reminder that privilege and fame don’t always bring out the best in people. OK, duty is sometimes tough but others seem to manage it with dignity. Princess Anne, a full time royal, has worked tirelessly for years without moaning. Princess Diana who spent time with the elderly, young children and Aids sufferers comes to mind: at the time she tackled the job she was given with warmth and dignity, the essential qualities of being a royal. For these two to use her to validate their gripes smacks a bit of emotional button pressing along with the unsubstantiated claims of racist comments and thoughts of self-harm. I find it hard to have any sympathy for M&H; if any of their accusations are to be believed, surely they could have found a more direct way of getting them addressed than trumpeting them to the public like disgruntled celebrities. Charitably, I hope they find their privacy in movie land or, better still for suffering onlookers, in obscurity.

Off with their heads!

B&B would have loved it! As predicted, or planned, every loony-tunes pressure group joined the M&H parade, banging their own tambourine, just stick an ‘anti’ in front and they were all there, from the ‘what about me’s’ to the throwbacks to 18th Century France. Perhaps these rabbit hole revolutionaries should consider the alternative: a politician? Spare me please! I’m not a rabid monarchist but surely the Queen presents a better role model to our children than a great many world leaders. It’s a little odd that so many Americans who, over the years, have practically fawned over English royalty, now see fit to claim the moral high ground, based on a few minutes of televised finger pointing. Didn’t they learn anything from the judicial farce of the Trump years?

Along with millions of others, I’ve watched several royal ceremonies over the years and there’s a combination of pageantry and pride that’s uniquely British about them. Where else in the free world would an entire family be prepared to celebrate its joy or share its grief out of a commitment to duty rather than political expediency? Regardless of the occasion, countless ‘Brits’ round the world must watch with pride and a sense of sharing and that’s sadly what M&H can’t seem to grasp. The Windsor family are ‘our’ royals, not perfect, but they do represent most of the values these two seem to find inconvenient. Perhaps some kind soul should point out to them that bemoaning your lot in front of millions may well be the Hollywood way, but to my mind, it doesn’t add dignity or perhaps even veracity. Nevertheless, theirs is a B&B world these days and, however distasteful, the show must go on. So Roll up! Roll up!

← Similes and metaphors by Angela Caldin
Plastic with that Ma’am? by Susan Grimsdell →